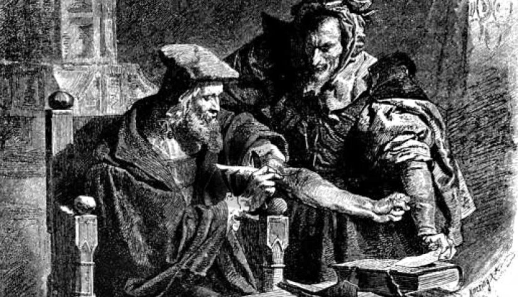 Dead-hearted, sex-frustrated human counterfeits
(pretended males whose flabby breasts protrude like
shabby tassels on a stripper’s cheapened tartlet tits,
and female impersonators sporting ersatz ‘beards’)
litter the earth like confetti on a bridegroom’s coffin;
ever willing to lick the boots and arses of the nabobs
who imagine they have power given from above.
Every one of them is whirling in a vortex spun by lies,
rejecting counsel and collaboration of the wise,
and void of any semblance of the truth… or love.

The Nazi Reich was seeded here by such as these;
when almost every one espoused the cause or
aided those who did by keeping silent while the
foggy slime of deathly angels oozed through
every house where lintels soaked in blood averted
naught, but festered in the muddy fields of war
where morals drowned, the Sun and all the cosmos
frowned and gentleness and lovedom were no more.

[And operating well behind such filth is darkness
well beyond mostpeople’s sensitivity or even their
ability to want to know and thereby grow, for such
would blow their cagedfromtruthsome minds to pulp.
For long injected deep into the fissures of this world
through portals from another realm, the forces
destined for the hell that they deserve have smeared
their dirt while all the mimicry of Faust has meant
the masses sold their shirts to save their skins
and never guessed the name of Rumpelstiltskin]

The same colluders with the darkness work today,
whose fears are the fuel which lights their way,
and thinking only of themselves they soon donate
their service to whatever trash they think will serve
them well and give them the security they crave
(though next they will be dancing on your grave).

& if U think that such could never come to pass again,
that’s what they thought before that happened then,
when even children were enlisted as the spies and eyes
2 send their neighbours 2 B disappeared or 2 the camps.
Just look around at all the sheepful eyes and hearts
whose shallowness of courage only lets them fart with
fear when Truth or Light or even cosmic brightness
born of righteous deeds presumes upon their way.
They will not stand there by your side as you, adorned
in prison gear, await your kangaroo-court trial, and
all the while they butter their own bread, with no
allegiance to the One who gave them life — the state
becomes their daddy and their mummy now instead.

Meanwhile, in other news, the Sun continues on its axis;
all of nature blossoms, wanes then blooms again, but
unabated by the folly of the new contagion on the earth:
those ones called human, though they are not worthy
of the name, unless they will be pioneers fashioned out of
greater worth than foul deceitful archons and their
sycophants & parasites which blight this cherished sphere.

Here, in Alpine wonder with my little golden torch,
I hear the future thunder on the march beneath
the sodden mattress grass and then, despite the Sun,
a shiver shakes my precious peace and I’m undone.
It is as if the portents yet to come wash through my soul
like distant smoking guns and open up a gaping hole
into which I could fall but, having seen the writing on
the wall, my joy is never quelled — the softness of
the fontanel between my soul and all the hell which
must break loose upon these shores is toughened by
a promise from beyond what can be seen; and so, despite
the numbling of the distant guns, I hope and dream.

[The image accompanying this poem is an illustration of Dr. Faustus selling his soul to Lucifer via the demon, Mephistophilis. Read: “The Tragical History of the Life and Death of Doctor Faustus” by Christopher Marlowe written c.1590]

One thought on “In Mimicry of Faust & Rumpelstiltskin [new poem]”

Oh, wonder! How many goodly creatures are there here! How beauteous mankind is! O brave new world, That has such people in ’t! – (The Tempest, Act 5 Scene 1, William Shakespeare). I’m sure of the irony!