From where I Stand [poem] 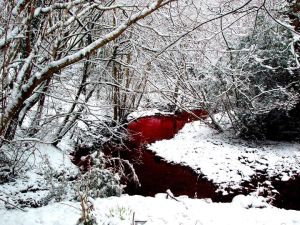 “Pride comes before a fall” (so they say).
I guess that’s just another way of saying
“The bigger they are the harder they fall”.
But that has never been how things unfold…
as I recall

When I survey the picture of this world
(acrylic, oils, aquarelles or drawn)
I see no sign of falls or tumbles down.
Jack never breaks his tarnished little crown…
as I have found

The kings of spite survive and gloat deceit.
Their conscience seared and full of bile
while truly great ones flounder with their dreams
and will not sing in choirs of rage unclean…
as I have seen

The only way I keep me from despair
is through the thought that nature has a way
of dredging out the river of the damned
which stains these groaning Lands. That is my hope…
from where I stand