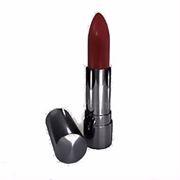 When countless little clownettes spin around
on their own axes with ruthless self-centred
spirals of vanity you know that so-called
civilisation is in countdown mode to some
sort of zero point, whereby all such conceits
will be washed away with their poorly-done
make-up [manufactured or self-generated
masks of hate], borderlineful break-ups
[just about as much as men can take].
Their orgasms they don’t even bother to
fake for — not wanting to give their pseudo
other-half the satisfaction of some come —
they even make him beg for any well-deserved
fun {though games are always on the cards to
mess with your head like dirty shooting stars
which are designed to bring concussion on your
deprecated mind so that at a disadvantage you
will soonly be while they gaudily undermine your
manly prime with their dildo-generated slime
which (once upon an antiquated though so nowly
liquidated time) was laughingly styled as love-juice
[such a taste sublime is now without a solitary
doubt almost (but not quite) impossible to find]}.

From where I am right now above the clouds
I breathe a sigh of thankful joy and shout it
out aloud with every atom of my being that I
in all my lilting tornful meekness can employ:
What grand relief I feel to swim for free in
waters bearing no shark or knife and where
never can there ever be the reared-up hind-leg
walking possibility of rancour-ridden dildodark!