What is it with You? [poem] 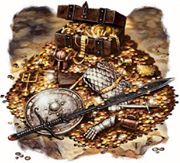 what is it with you?
stealing every little thing that moves!
not content to rob men of their hearts
you empty all their pockets plus their
dreams and even clean out every hotel room
of all free-standing artefacts available for
filching — anything, so long as it suits
your nobbling snaffling pilfermaking groove.
shampoo for your unconditioned hair
bars of soap and stuff for cleaning shoes
and even ashtrays disappear into your swag
that beige and bottomlessful bag
you carry on your sloping shoulder
so you always have to yank it up and over
with a careless shrug. I swear I saw a nest
of writhing rats within that stashly habitat

all those things outside you
in your world are merely pawns for you to move
about on chequered boards to gratify your stunted
always so affronted whoyouareness undeveloped
(for completely by your Self you are enveloped).
grab seize steal wrench then make off with
take get hold of pluck pull don’t give
wrest gain win clutch then pounce on it
grasp grip nab swipe bag nail con-chick

if only you’d received the love
your desperate heart had needed as a
tiny tot. But you were the unwanted harsh
result of loveless fumbled coital catapulted
cold unlovers’ knots which rikochayed
across your childhood barricades embedding
their inspensive cordite-impregnated fuse in all
your now acquisitive and hoading adult avenues