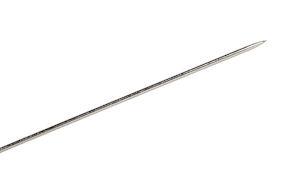 A question like a shooting star (the cosmic face of why)
had hurled itself like cobweb dreams across the milky sky.
Just what is love? the meteor streamed —
to which no answer came (at least it tried).
Followed soonly by another query posed:
I said what do you think love is?
To which a myriad voices then replied
and gave their stilted theories which
I here below repeat condensed so you can see
just what the blinding blaze of love is up against.

“Love is a battlefield”
(said one poor soul who never knew the welcome
or the gentle gliding beauty of a woman’s lotus [w]hole).
“Love is a many-splendored thing”
(those crooners from the 50’s did so unctuously sing
though mere romantic words can never true love bring).
“Love sucx”
(said one whose heart was bruised,
though it was never love which wrecked his life but
all the rubbish added by him and his former wife).
“Love is watching film-stars on the silver-screen
and thrilling to their every smile and move”
(as if vicarious experience does in-loveness prove!).
“Love is masturbating to a pornographic film”
(but that is just absurd for full-blown love
can never be a mere four-letter word).
“Love is to idealise the cleansome girl next-door”
(regardless of the fact she hasn’t looked his way at all!).
“Love is a cuddly toy or kittens playing with balls of wool”
(but anyone who thinks that scenes like these are signs of
love is just [forgive my bluntly words] a sentimental fool
[although that could be even me who over those may drool!]).
“Love is a million pop songs blasting from the radio”
(since when was love a flightly fleeting
fashionista from a boy-band studio?).
“Love is a rose but you’d better not pick it”
(that’s closer than the rest. But still can never
[w]hol[el]y stand for love [I put it to the test]).

And so the answers wittered on.
An ignoramus talkathon.
When we cram all love into a broken box
we rip apart its unseen building blocks.

Then from that dreadful place to which all those who took
their lives had journeyed when their breathing was no more
they every spoke as one and said
“Love’s what we thought we never had but we were wrong
for even though no single person understood us when alive
the very fact that we had flesh and bone was proof that some
small sign of love had brief exploded through a microscopic
race like unseen sacred songbirds singing in a secret place.
All of which had happened in an actor’s thin disguise when
we were just a sporelike twinkle in our mothers’ eyes”.

The dead taste love for they have seen what joys they
missed before the stinging jaws of change they kissed.

But surely no one truly knows how love could be defined
for love is infinitely more than passions
round some foolish heart entwined.
What is love? The question blazed.
No answer came again
nor ever could for love speaks breathly for itself
through trees and wind and sun, moon, rain
and countless stars (including those which now no
longer live but from which light still steadfast glows.
Such melting joy they give).

Love is the thriving essence of all things
molecularly
uvularly
glandularly
atomising
galvanising
harmonising
energerly.
The music of electrons
dancing gaily round the sun.
The unseen rainbow aura round
the matterform of everyone.
If you could take the space out
from our bodies’ atom shape
the stuff that’s left would
nestle on the point part of a pin.
Yet even in that little blob
love ever throbs within!