Some Thoughts on Sponsorship 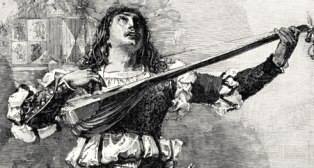 The patronage (sponsorship) of the arts was widespread in earlier times — especially in the medieval and renaissance periods in Europe. It is true that this was often done for selfish reasons by the patrons (eg. to proselytise religious ideals or for family PR purposes). But often it was also simply a question of a wealthy non-artistic person finding fulfilment in sponsoring an artist he or she admired. Many artists of yesteryear whose works we see or hear everywhere today would probably never have graced our senses without the patronage they received to do their work (eg. J.S. Bach, Leonardo da Vinci, Michaelangelo and Tchaikovsky). The original Troubadours, working from 1170 until about 1220 — initially in France and then down into Italy and Catalunya into Spain — proliferated hugely in those brief years thanks to patronage. Today, we live in a world in which much that calls itself “art” has become “trendy”, dominated by heartless intellectuals or enslaved to fashions and fads. There is plenty of money around to support that kind of “art”. But there are many working in all the artistic fields who fall outside those narrow modernist criteria and who need to be sponsored if their art from the heart is to reach into souls and survive. For the last 14 years, I have been able to devote myself entirely to my art thanks to some kind and generous sponsors. The financial climate today is a difficult one — even for the more wealthy who are said to be tightening their belts. But what is given in this world also mysteriously comes back to us in many different ways, due to unseen realms beyond our immediate understanding. In other words, no act of generosity goes unnoticed. Ever. Just as the selfless creation of art stirs up energies in those same unseen realms. Always.