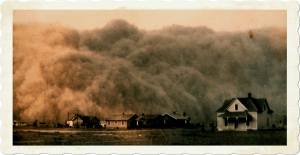 A wind blows through this bedlam world today.
When I was young, I saw its sunken eyes —
a sprogly youth dumbfounded with surprise.
He knew its source, thus was not led astray.
Since then, though ruffled, swept in disarray,
that lad has grown some whiskers on his chin.
The wind became a gale (his discipline)
and put some backbone in his vertebrae.
However, winds will change when time has come
and history ripens for its denouement.
I bide with gladness that phenomenon
when every evil must to good succumb.
That hurricane I sense is coming soon:
All cowardice and cant it will impugn.