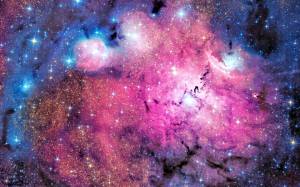 If words were flags and metaphors were flashing lights
then all you’d see would be a mass of semaphore and
stroboscopes from little me (now situated on the edge
of what is euphemistically known as Crusoe’s Galaxy).
So far am i from anchors in the sea or other elements
of what would usually be regarded as stability, I float
with wings which came from Icarus [but suit me more].
Those things which are regarded by the iceful hoardly
maidens of today as being of worth, I have none at all.
For gallantry and wordplay are not valued in the main
and all i have is journeys to the moon and salty tears
& sweetsome meadow mattresses for lazy afternoons
in summer rain of tantric love — electric fingers search
in lovejuiced walls which wrap themselves around my
probes as if within a glove (for this is where they true
belong) and all the world (if seen as an agglomeration
or accumulation of its cells & atoms energies unknown)
is one vast throbbing wave which dreamed itself into
some form our puny drownful brains can understand;
and these are just a handful of the things which i can
give to you, if you will walk with me a little way (please
tell your mother that i’ll not be bleeding you astray).
For silver and fool’s gold i do not own, if taken in the
normal mundane sense of 3-D lucre’s ragged paper trail.
But in my heart there lives an alchemy machine which
processes the fountains of my soul into etheric heaps
of wealth which only can be seen then held by hands
of those who’ve bid themselves goodbye — i’ll know
their mindset when I’ve looked them wholly in the eye
& kissed their inner thighs with more than just my lips.
So let me know if off the edge of Crusoe’s Galaxy you
wish to leap. There’s nothing left to lose. And what’s
the worst which could ensue? The partial death of U.
That’s all! For those who seek to save their lives will
lose them anyway. But those who LOVE to sacrifice
themselves upon the altar of abandoned ego’s hope
will never go astray. So have you seen now what my
flags are signalling & stroboscopic lights are flashing
through this frozen aeon’s slender branchlike tendrils?
There’s nothing here to own or grasp within your hands.
But better to have breathed in nectar’s sweet invisibility
than believe that earthly ersatz property will set you free.