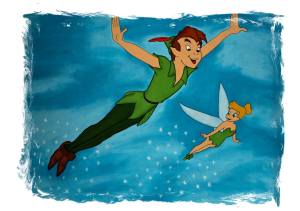 I’VE OFTEN WONDERED WHY so many people ask me how old I am, almost as soon as they meet me! It’s as if they’re just waiting for the moment when they can slip the question in without it looking like it’s unnatural or intrusive. The reason why I’m asking this is because knowing someone’s physical age transmits nothing of REAL importance to another person. I can honestly say that in my whole life I’ve never asked anyone what is their age. The reason for that is not to avoid being “rude” but because I’m COMPLETELY UNINTERESTED in how many years a certain human physical mass has been on this planet. 🙂 To me that is irrelevant information when I want to “read” someone. In fact, to know someone’s age removes a mystery which I find rather attractive. For me, NOT knowing someone’s age is infinitely more interesting than knowing it 😉 But let me expand on this a little…

Personally, I don’t mind who knows my age. It’s no secret. But as far as I’m concerned, age is just a bare statistic which is only of some apparent importance to official agencies which generally base their assessment of you on your earth years. So why on earth would anybody else want the kind of information which only government agencies are normally interested in? Well, after much bemusement (amusement!) and deliberation, I think I can answer that question. It’s simple. They want to pigeonhole you — to imprison you in a convenient box where you can be filed away as this or that. So they pigeonhole you by wanting to know if you’re acting your age (I have to laugh here!). When I was much younger, no one asked me how old I am. But the older I’ve become the more people have popped the question — predictably so. I can even sense the question coming in the little pregnant silence which always comes before they ask it. Actually, almost everyone asks now! Why? Because they want to find out if I’m behaving “age appropriately” (which anal soul invented that phrase!). Should a man of my pensionistic years really be gallivanting round Europe writing poetry and songs, standing behind a guitar and singing and calling himself a troubadour? Should a man of my geriatric state be hanging out with chicks twenty or even thirty years younger than me (shock-horror!!!)? Surely, I should by now have my own little property somewhere and be digging up the weeds and planting roses in the garden and round the door! Surely, I should have joined my local do-it-yourself hobby group and built some cupboards at home which fall to pieces in a few weeks! Surely, I should be joining a sexagenarian dating agency so I can spend my remaining few years married to a blue-rinse permed harridan who would keep me in my superannuated place and prevent me from exhibiting the disease known as Peter Pan Syndrome!

The reason why physical age means nothing to me is because it doesn’t transmit any useful information about who someone really is. I know 20-something people who are more mature, clued-in and grounded than 60-somethings I know. Physical age is not necessarily a useful indicator of maturity. When I’m “reading” someone — that is, trying to understand who they really are behind any national, cultural or assumed personality traits — I vibe in on some other invisible features. A person’s physical age is not helpful to me in that process. I’m only interested in how beautiful someone is (I mean all the way through rather than mere physical “beauty”), how loving they are, the degree to which they value peace, their level of self-awareness and willingness to deal with their issues, their authenticity, their honesty, their sense of loyalty and faithfulness, their exercise of honour, their desire for perceptiveness in all things, their attitude to nature, their rejection of wearing blinkers (USA: blinders), their openness to many pathways rather than remaining on one only, their good sense of humour, their healthy rejection of unhealthy conditioning, their lovely refusal to take themselves too seriously, their ability to surprise me regularly, their desire to listen to the music behind everything and to open up to unseen realms. These and many other characteristics are what I’m interested in when I meet someone. Their physical age is completely absent from that list. So, rest assured that I will NEVER ask you what is your age. It is a distracting irrelevance, as far as I am concerned.