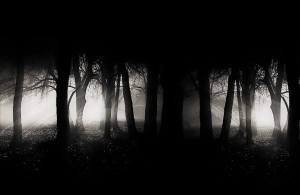 “So how am I to deal with this”, he said.
“With love”, said I. “It is the only way”.
That wasn’t where his feet were primed to tread.
He wanted his revenge, I heard him say.

And then another one looked in my eyes,
eschewing men and living as a nun.
The bruises on her soul were no surprise
(her father’s fists the love in her did stun).

For everywhere I look I see the scars
of people fighting windmills in their minds —
reacting to a shadow-world which mars
their present life and with its darkness blinds.

How different human life on earth would be
if from the chains of past hurts we were free.

Then in my dreams last night I saw that man
assemble all the teachers from his school.
Although long dead, he from his life did ban
their haunting taunts which over him did rule.

That woman too, who had no love to give
(or so she thought), I noticed in my dreams
cried on her father’s grave “I have to live!
Oh daddy, you were hurt like me, it seems”.

And so, if we can follow in their tracks,
forgiving every stain which blocks our heart,
we’ll find that walls we build develop cracks;
and then the healing work can wholesome start.

My hope is that these words will melt your pain;
and then we’ll learn to live and love again.