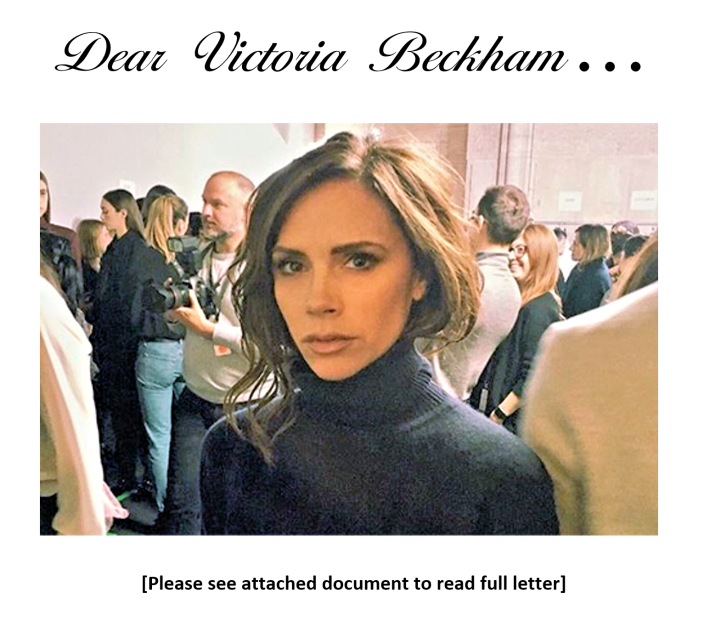 I can’t help noticing the vast number of people on social media dictating to you that you should constantly smile when out in public. I found this so bizarre that I feel compelled to pen these open words of support to you.

Social media has created a world full of busybodies who think they are entitled to twitter at will about other people’s lives or appearance. It seems that everyone has an opinion or complaint about everything and everyone and they are compelled to tweet it out there as if they are important and worth taking notice of. Everyone thinks they are so clever and they are absolutely full of it. I noticed especially the outrage of so many that you were not smiling at the recent royal wedding in Windsor. Apparently, that spoiled the experience for many as the nation required a 100% happy event with no glitches in the happiness machine. According to them, you were that glitch! They imagined that they were contributing to “the love” in that event by calling you “a miserable cow” and other such insults. I noticed that motormouth, Piers Morgan, was heaping on the insults as well. There is nothing more grotesque than ignorant people thinking they know it all and that they have the right to dictate to others how to behave.

When I have tried to reason with these people that they have no right to dictate to you that you should smile at all times or to infringe your freedom to wear whatever expression you like, they disagree. They think they DO have the right! Unbelievable! When I tell them that smiling when posing for photos was non-existent a hundred years ago and more, they don’t believe me. But why should people feel obliged to smile every time a camera is pointed at them? What’s that all about? If you point a camera at a little kid to take a picture they never put on a smile but just have the face they naturally have in that moment. That is, until all the adults who want to idolise their kids on film keep pestering them to “say cheeeeze”. Then they start to obey, like little clones. Probably around 95+% of all smiles in the world are fake (most of them without even realising it). That is truly scary! One expects such ersatz from the advertising industry, government propaganda or “new consciousness” cults with their manufactured “positivity”, so they can sell you their lies or their product. But from my fellow human beings I expect better, higher things. I’m so glad that no one told Dmitri Shostakovich to smile on camera either when he was a young man:

or when he was an older one:

Now there’s a guy I can trust to tell me the truth in his music rather than being a grinning salesman for himself or anything else. Was Gustav Mahler laughing his socks off when he posed for the camera in 1904?

Did Johan Sebastian Bach play the grinning idiot in a portrait in 1730?

No way! Anyone (especially an artist) who wants to be taken seriously, as if he or she is the real deal rather than a con artist, avoids a fake smile for the camera but just looks real. The Mona Lisa knew a thing or two about avoiding fakery. I’m so glad she didn’t fall for the lure of facial cheesecake. 😀

It’s almost like it’s become a crime not to smile (or grimace like an idiot) on camera these days. 🤪 “Oh, go on, you spoilsport; smile!” But why? What for? To convince the photographer and all those who see the photograph that all is well with the world? That would be a lie. Why should my face wear a lie? One can read so much more into a natural, unsmiling face; because then we look for the beauty beyond. But mostpeople today are so superficial they couldn’t care less what lies behind anything… so long as it wears a smile on the outside, then everything is fine, so they think! As far as I am concerned, if a face genuinely smiles, then that’s okay. If it doesn’t, then that’s okay too. Mostpeople wear masks and very few are themselves anymore. That’s why I’m a recluse and don’t like going to parties and find mingling in public so confusing. Masks everywhere. By the way, ever noticed that a skull, when stripped of its flesh, is just one big grinning fool. Death-face. Figures… 💀

So, Victoria, I don’t mind whether you smile or not. I just want people to be natural. Please don’t take any notice of the cyber-bullies on social media who think they have the right to dictate to you what expression you should wear on your face. These people are hypocrites. They are the first to tell others not to judge or “shame” them, yet they spend their time judging and “shaming” others. I’ll bet that you have a laugh with David about all this. I’m sure he wouldn’t stick around if you really were “a miserable cow”! I know you have a great sense of humour because I saw you on the “Ali G Show” handling that hilarious (if rather irreverent) mock interview like a boss 😉 [ https://www.youtube.com/watch?v=oDU6tAKU3B4 ] And you’re a great mother too. (By the way, please tell David that his long, accurate passes from the half-way line into the box for Man U always put a big smile on my face!).

With my best wishes,

This entry was posted in Articles, Photos, Reflections.