Nail in the Wall [sonnet] 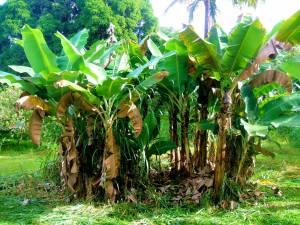 Silence is unbecoming for a dude
who claims to be a poetspeaking voice.
But sound, you see, is nought at altitude
and nothing will suffice with mere rejoice.
On walking in the room (it’s colours bland
and pastel pukey) — just one nail pierced through
plaster (spaced-out atom-smasher scabland) —
word-arranger plagiarised his own spew.
Meanwhile, some shelter from banana trees
had lent itself with generosity —
the antidote to stratospheric freeze
[my neverending curiosity].
That shard of metal stayed put in the wall
while neath those trees I honed my lovened scrawl.