The Bitter Pill of Here [poem] 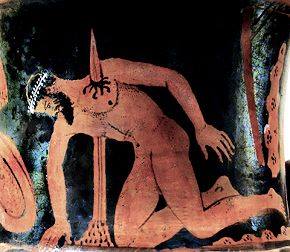 Exhilarated by the earthy essence
of signpost tendril dreams,
along the seamless presence of
architecturally potent desert seas,
I ride the storm I manufactured
from the ragged engrams of my former lives
and formatively secret whys of early years
(which made the y into an f —
a reference to a phallic amputation)
where, with no real genealogy, I never grew
until excalibur at my own prompting
slew the monstrous form called me,
bringing into question my supposed insanity.

For sane is insane on this crazy sphere
(where even clarity’s unclear).
To have given up on everything and anything
which moves or stands stock still
encased in flesh (the bitter pill of here)
is the final thesis written in my blood —
though still I go through all the motions
of a five-card stud and smile and nod
from face-down in this fast congealing mud.
From henceforth, as a chasely shadow
of my former self, I track down only truth,
assiduously eating passion-fruit with stealth.