When I was 8 Years Old 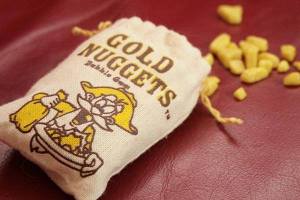 WHEN I WAS 8 YEARS OLD, I had a very close friend. We did lots of stuff together. We had the same humour, saw a lot of things the same way. We made things together, got up to mischief together, faced the music together. We were like the kind of intrepid friends you’d find in an Enid Blyton adventure novel or a Boy’s Own Annual comic escapade. Some even said we were like twins. We were always honest with each other — had no secrets from each other. We had a kind of pact that we shared everything. I told him everything. Would never have even dreamt of deceiving him. One day, he told me that he’d found some gold nuggets. I asked him to show them to me. He said that he couldn’t and then disclosed that he’d stored them in a hole in the ground under a tree in his garden. He had a strange look on his face which I hadn’t seen before — like someone who has been caught in the act — and, for the first time, I felt throughout my whole being that he wasn’t telling me the truth. This disturbed me deeply. Why would he lie to me? What would be the point? It struck at the very heart of our friendship, so it seemed to me, for it was a betrayal of trust. How would I ever know if he was being honest with me again? I had to know for sure. So, the next day I went to his garden and I found the tree and I dug, so as to discover for myself. About six inches down, there they were. But they were not gold nuggets. They were ordinary stones that had been covered very badly with gold paint. I was gutted. Suddenly, he came flying out of his house and ran towards me in the garden. He was in a terrible rage and his face was distorted with a fury such as I had never seen before in anyone (though I have on many occasions since). It was as if he was possessed by some crazy demon. As I said to him: “They’re only stones!” he began to rain blows down upon me with all his force and was screaming like a madman. His mother then appeared and began to restrain him. She seemed as surprised as I was, for we had never argued once or had a cross word. I ran out of that garden as fast as I could and, to this day, I have never seen him again. I learned much that day about the explosive power of truth, the exposure of lies and the importance of trust at the heart of a relationship. How different it could have been if he had appeared from his house with the kind of soft and cheeky/smirky face I had always known and said: “Okay. You got me. I don’t know why I said that. I think I was trying to impress you. It was so stupid of me. I knew you’d see through it. It will never happen again. Pax?” And he would have been instantly forgiven. Beautiful relationships are saved through honesty and humility. Yet, that kind of pointless deception still happens to this day; though I don’t know why they persist in doing so as I always see through it in the end. And, like clockwork, they always seem to react the same way — with aggression rather than contrition. Hell hath no fury like someone who’s been “rumbled”. But I have never let that fury deter me from the quest for beauty, truth and love. No. Stone. Unturned. It’s the only way.