IF YOU’RE WONDERING WHY THIS WORLD seems to be run by psychopaths while being so chaotic, unpredictable, steeped in subterfuge and deception and outrageously violent — so that you hardly know whether you’re coming or going — it’s because this dimension has been under the control of parasitic beings which have come from a parallel dimension from the earliest time in history. Many are worried about the destruction of the world. But this tough old world of ours has already been through a number of long-extinct civilisations, one or more of which have been even more technically advanced than ours. Many people do not realise that this earth is a living being which cannot be destroyed by us (with the emphasis there on the word “us

😉 ). It is an extraordinary, magnificently complex, unfathomable, multi-faceted theatre which has been designated for this creation to play out its story in all its gore and glory. We don’t need to worry about the planet, for it is entirely self-regenerating and will be here long after the present “civilisation” has been wiped out (which, thankfully, is coming sooner than we think).

END_OF_DOCUMENT_TOKEN_TO_BE_REPLACED 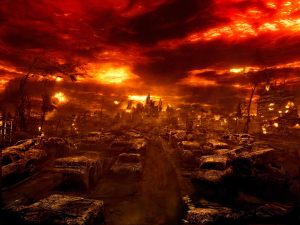 We wrestle not with things which we can see.
Yet, unbeknown to most, there is a war
enshrouded with invisibility,
which all who love the Light come to explore.

The world we see is just an outward show
of what is nowly hidden from our eyes.
The truth’s revealed to those who want to know;
for there is more than blueness in our skies.

END_OF_DOCUMENT_TOKEN_TO_BE_REPLACED

Some Personal Tips for Self-Healing 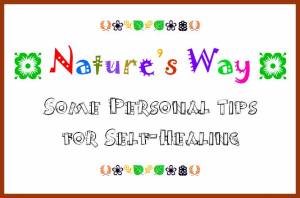 IN LATE SEPTEMBER, I WAS AWARE OF FEELING ILL in a way which was not a usual one (by “usual” I mean feeling sick, feverish, headache and other precursory symptoms of a viral infection or tummy bug). This was instead a malaise which seemed to penetrate every cell of my body and even my mood, not to mention disturbing the flow of my sleep. Having had a daughter who’s had Type 1 Diabetes since she was less than 3 years old (she’s now 21, at university in the UK) and therefore knowing the symptoms of hyperglycaemia, I suspected Type 2 Diabetes looming — especially as my urination count was up. That didn’t surprise me. I’d allowed myself to gain far too much weight and become too carefree in my diet — eating a lot of sugary and processed foods. This was unusual because normally I’m meticulous about health and diet. But I had become sloppy and too blasé by far on this anglicised holiday sunshine isle with its cheap and easily obtainable Full English Breakfasts, Shreddies cereal, Blue Stilton and Wensleydale-with-cranberries cheeses, roast dinners, cheesecakes, apple pie or crumble and a sister living locally who loves food as much as I do!

END_OF_DOCUMENT_TOKEN_TO_BE_REPLACED

That’s all for now; he’s signing out of here.
He’s wasted too much ink out of his veins.
From now on he will write no more of fear
nor that which all humanity enchains.

His neck’s been stuck out much too far for years;
it’s time to reel it in and fade away.
Words from his heart fall mostly on deaf ears.
It’s time to end that circus cabaret.

END_OF_DOCUMENT_TOKEN_TO_BE_REPLACED

When Things get Really Bad on this Earth

SOMEONE WROTE TO ME RECENTLY: “When things get really bad on this earth, I won’t stand a chance… I know that I’ll crack, because when I really look at myself all I can see is weaknesses. I am an utter disappointment, weak and full of shit.” Those are deeply affecting words. Yet it is the kind of self-judgement which I often hear from people who come to me for counselling about the state of the world and how to handle it. So many people perceive themselves as being fearful and so lacking in courage that they think when the heat is turned up in the rundown to the final denouement of this present aeon, they will acquiesce to the wishes of the power elite. For the time is coming when the cat will really be out of the bag and governments — instead of continuing their deceptive pretence of being benevolent and protective — will show their true totalitarian face and there will be mass arrests and the widespread persecution of dissidents (who they will class as “terrorists”).

END_OF_DOCUMENT_TOKEN_TO_BE_REPLACED

Please tell me something soft and hauntly sweet —
a spray of words (where concrete has no place
in any shape, nor shards of self-deceit)
displaying ARDOUR carved in uppercase.

Please show me something round and smoothly shaped:
No jagged edge to wear me down or raze
my face. Such rough uneven blades have scraped
their way beneath my deck as stowaways.

END_OF_DOCUMENT_TOKEN_TO_BE_REPLACED

When I was ten years old, a treasure trovely
gift was sent my way — a chemistry set —
a cornucopia of crazy risks for me to play.
In those days, health and safety cushioning
had not yet been invented. So a little lad
(for that was who, in those times, it was for)
could diligently blow himself to smithereens
or light a high-explosive bonfire on the floor!

END_OF_DOCUMENT_TOKEN_TO_BE_REPLACED 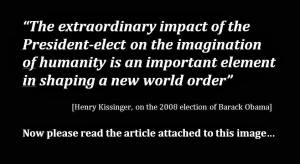 YESTERDAY, I SHARED WITH YOU A SONG I wrote exactly 7 years ago, entitled “You’re So Naïve”, immediately after Barack Obama was elected to office (you can find that just below this article on my Facebook timeline). “The world was riding on a wave of euphoria. The internet was awash with people thinking that the Messiah had come and that world peace was at last attainable. The naiveté was astonishing!” I want to go into this a little further today, because I believe that event can teach us much about how we are manipulated by mind-control and psychological operations (PSYOPS). I want to begin by sharing one example of the tsunami of negative messages I received back in November/December 2008 and January/February 2009 about the song and the detiled commentary I wrote on it. I fully expected such a backlash, given the depth of indoctrination to which mostpeople had been exposed and to which they had also completely succumbed. First, here is the sample message I received:

END_OF_DOCUMENT_TOKEN_TO_BE_REPLACED

EXACTLY 7 YEARS AGO TODAY, I wrote a song, entitled “You’re So Naive!” It was written in the bawdy ensemble style of one of those songs which football teams record to commemorate a World Cup championship. 🙂 This was in the immediate aftermath of the first election of Barack Obama as president of the USA in November 2008. The world was riding on a wave of euphoria. The internet was awash with people thinking that the Messiah had come and that world peace was at last attainable. The naivete was astonishing! All the trendy new age people were saying that they had been told by their “channelling” sources that Obama had been sent as a light-bringer and that overnight the vibration of the planet had been raised to a new high. The Ascension was finally here! Really, you couldn’t make it up! 🙂 When I put the song with a commentary about it on social media (which was MySpace in those days as Fakebook was barely two years old), I received many angry messages from people accusing me of standing in the way of the “energetic flow” which this event had caused. One woman wrote that even if it was true that Obama was just another “patsie president”, it didn’t matter because the wave of positivity which had swept across the planet at his election “had changed the earth’s vibration forever”. In other words, hope which is based entirely on falsehood and deception is to be welcomed. Eight years later, I see no improvement either in the state of the earth or in the extent of that dippy way of thinking, which is now even more widespread in its hold on people’s minds. Honestly, I wonder if “stupidity” would be a better word than naivete, using it in its base meaning of being in a stupor. Or maybe “wilful ignorance” would be even better. For the truth is plain for all to see but the majority refuse to acknowledge it and either accuse truthtellers of being “conspiracy theorists” or lose themselves in pseudo-spiritual fantasies about imaginary channellings, energy fields and “Ascensions”. I could write a whole book about this! Anyway, here are the lyrics of “You’re So Naive”:

END_OF_DOCUMENT_TOKEN_TO_BE_REPLACED

This entry was posted in Articles, Music.

Where are the “Goodies”? [sonnet]

When I was just a little boy of ten,
in all the books and comics that I read,
I could take comfort in this fact back then:
That by the end, the baddies would be dead.

No matter what malevolence I saw;
whatever evil deeds they did commit,
I noticed by the end the rule of law
had been enforced and darkness took a hit.