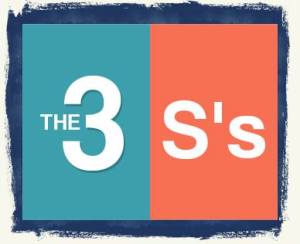 With just three S’s standing on the stage
he treads here in this theatre on a sphere
[he has no scripted lines upon the page],
his actor’s part is called The Mutineer.

The storyline involves a boy who drifts
through childhood years as if he’s in a daze.
He never quite belongs, till something shifts.
Mysteriously, his soul becomes ablaze!

It’s all too bright at first — he barely copes;
+ teenage hormones coursing through his veins.
Eventually, he understood the ropes
which lined the bridge between the windowpanes.

Yet, all he knows is Solitude and Sea
and Sun. By now, you’ve guessed that boy is me.
© Alan Morrison, 2017