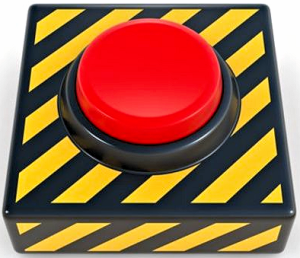 What triggers you so easily to throw your “bombs” around
(a metaphor which indicates the nature of your verbal blasts
& all your gauche attempts at playing the part of cold iconoclast)
and make the heartless sounds you do, reacting scornfully to
anything originating from outside your hypernarrow field of view
(instead of looking in yourself and then exploring other worlds
which live beyond the multitude of books upon your shelf),
projecting all the darksome things that you have now become
— for instance, narcissist, derivative and thiefly plagiarising
plunderman who skulks in waiting rooms on doctors’ lists,
a dour old man who’s long forgotten when he last was kissed
by pretty things, a man who never sings or bares his truly soul
but simply plays the role of “I’m-in-charge-and-don’t-get-in-my-
way-’cause-then-I’ll-start-to-play-the-games-I’ve-learned-will-
hide-my-tiny-soul-from-view” — on those who you have envied
with your hotly jealous heart; and everywhere are strewed the
now-dead petals from the summer flowers you never bloomed
and all the books you have consumed can never save you now.

There’s nothing now that anyone can do to open up those eyes
of yours which you have coated in the clay you found while
digging up the ground inside that cemet’ry you lived in as boy,
where many demons dwelled and everything inside it smelled,
where Mother had no love for you, or time for what you do;
where Father put you down and all your friends regarded you
as nothing but a clown (a role you gladly played, for being seen
in negatively terms was better far than never being seen at all);
where even all the trees hunched over you like wizened hags
whose branches stirred their brew (the cold blood inside you).
And all we wonder now, as those who have become the object
of your scorn, is will you find your way back to becoming who
you were in those forgotten minutes just before your essence
and your soul was born or, never willing to remove the wooden
chip which dangles on your shoulder like a parrot on a pirate’s
epaulette, will you add further bricks to those upon your brass
asbestos wall and then forget the heart of everything to which
we’re called: That love’s by far the greatest healer of them all.