Be a Curtaineer! [new poem] 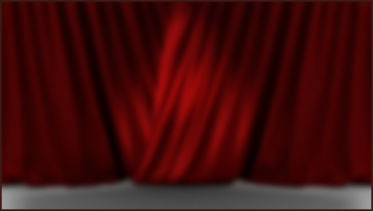 There is a curtain right in front
of every soul who scours this earth;
though most are blind and see no veil
or element obscured by drapes.
And written on this curtain are
some words right off the Richter Scale
in ink invisible except to those
whose hearts the whole Truth rapes!

Thus, seeing through that curtain
(although to all unseeing eyes
it seems it’s permanently closed)
becomes both blessing and a curse.
For once one sees the secret scene
where all lightdarkness are exposed,
one sets out on a lonesome walk
within this blasted universe.

One only sees this curtain from the
side which has the earthly stage;
because (& here’s the shocking fact),
once through, we see no curtain’s there!
It only looks as though there’s one
when each eye has a cataract
(or scales) which simply falls away
when curtainwise we are aware.

You ask me why foul forces thrive
in this deserted-by-Divine-
until-we-wake confounded blur
(caused by our choice of blindness here).
The reason is because you think
(believe) no curtain can occur.
You must a hero be and climb
the heights to be a curtaineer.

Although I speak of merely just
a single curtain in this spear of
words I’ve aimed to pierce your heart,
it’s one of many lurking there.
When each of these is pulled away,
a strategy of life will start
whereby the others are revealed
successively. You’ll see, I swear!